ARY Films > Blogs & Reviews > Find Out What ‘Lahore Se Aagey’ Is All About!

After the release of Karachi Se Lahore, Moti became a huge hit among the audience, so to take the experience on a whole new level of comedy and entertainment, the makers decided to make a separate film starring just him.

ARY Films and The Showcase Films have teamed up for the Karachi Se Lahore Sequel titled “LAHORE SE AAGEY” which will be directed by Wajahat Rauf and written by Yasir Hussain.

Lahore Sey Aagey revolves around Moti, his journey to the Northern Areas, his interaction with a female rock star, and everything that follows.

There were a number of other female actresses who were originally considered for the lead role but the final choice and pick was the very versatile and the diversified actress, Saba Qamar. Yes, it’s none other than our very favorite and talented Saba Qamar who will be seen playing a rock star in the film. This role will be a first for her and according to sources; the female lead will be seen evolving as the movie proceeds, just like the prequel! 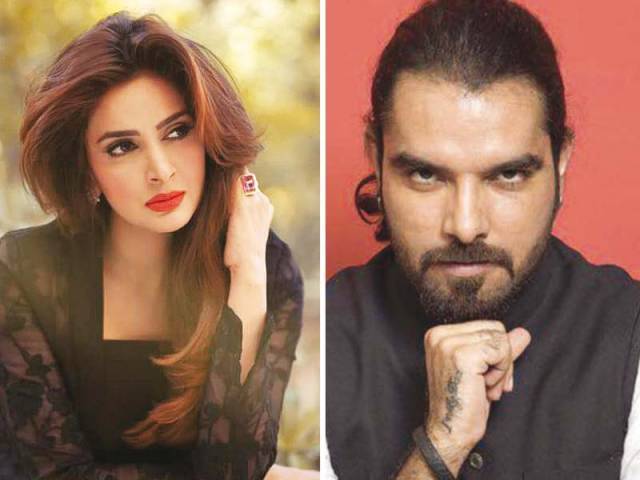 Apart from Yasir Hussain who plays Moti, the film includes some new actors like Ahmed Ali, Aashir Wajahat, and Mantaha Maqsood also. The sequel does not star Shahzad Sheikh or Ayesha Omar, but they might be seen making a guest appearance which will be a guaranteed treat to watch.

Since this film is about a rock band singer, be prepared to experience some amazing rock music! Originally the makers were thinking of taking on board some Indian singers but since Pakistan is a hub of talent itself, they did not feel the need to hunt and search across the border. Lahore se Aagey will be promoting some fresh new talent along with a special song sung by none other than Shiraz Uppal!

And guess what!? If you loved Tutti Frutti, well there’s more good news for you! There is a situation based item number in the film too! If you couldn’t stop going gaga over  Ayesha Omar in Karachi se Lahore, imagine what this new film will bring for you! 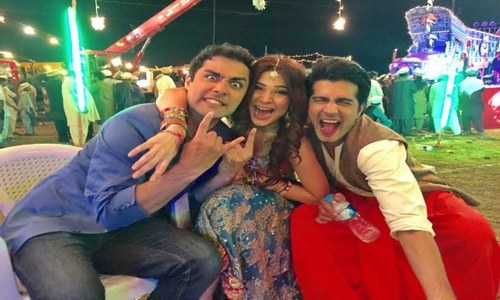 The shooting for the upcoming comedy flick have already begun in Swat!  Join Lahore Se Aagey in their journey filled with humor and laughs and entertainment!  Stay tuned for more news and updates! 😉